Our city flower, Hong Kong Orchid Tree, can be readily seen in urban parks and at roadsides. Its magenta flowers are large and ornamental, each containing five fertile stamens and one pistil. The leaves of the species split from the top into heart shapes. Hong Kong Orchid Tree's name came from its resemblance to orchid flowers. It has a very long flowering period, blooming almost for the entire year. When many other plants aren't in bloom, the splendid flowers of this species can still light up an entire landscape. Now, let's learn more about the story behind this beautiful plant. 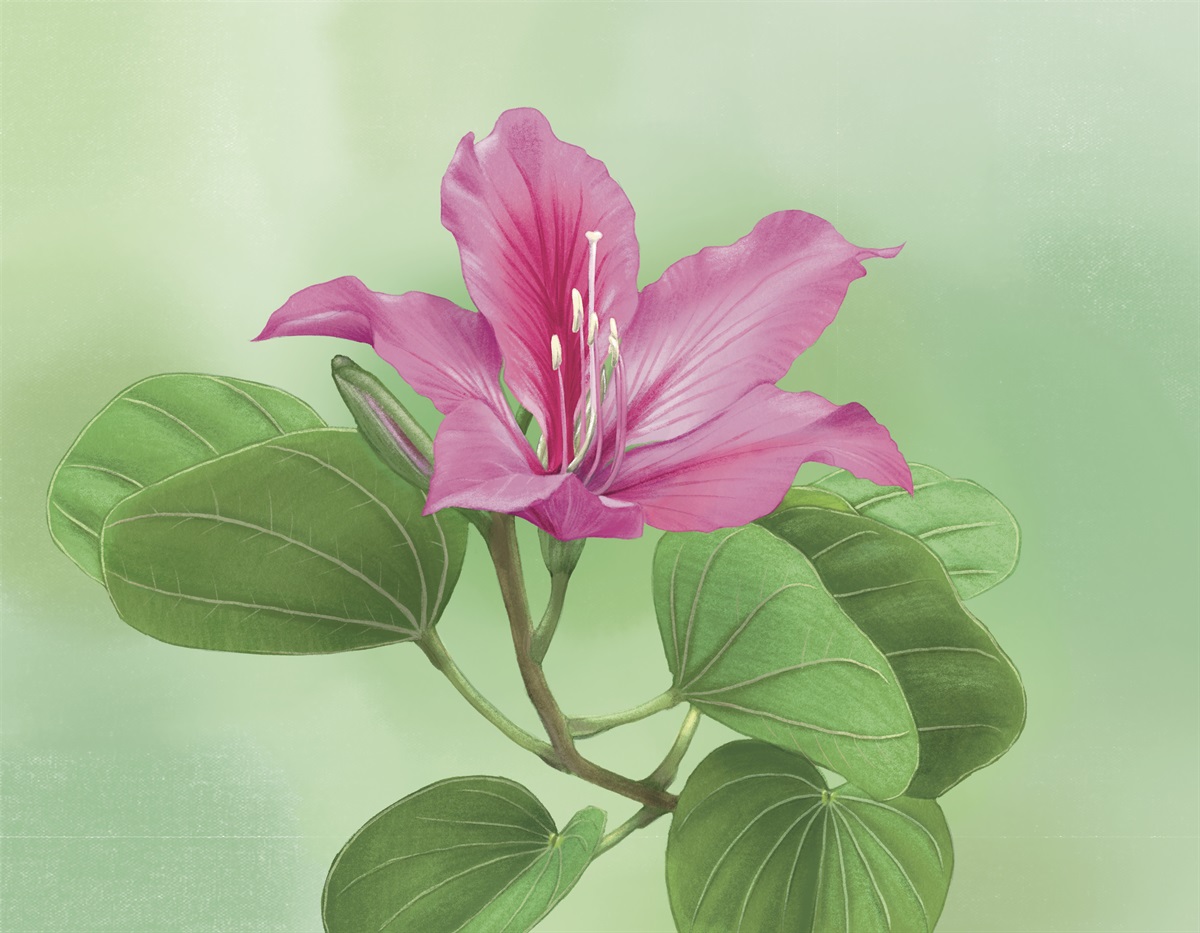 The species was discovered near the seashore in Pok Fu Lam by the fathers of Mission Etrangères in around 1880. Later, individuals raised from such cuttings were introduced to Hong Kong Botanical Gardens (now the Hong Kong Zoological and Botanical Gardens). In 1908, the then Superintendent of the Botanical and Afforestation Department, Dunn published this plant as a species new to science and named it after the former Governor of Hong Kong – Sir Henry Blake, who was also a plant lover, and his wife as the epithet of its scientific name. In 1965, Hong Kong Orchid Tree was selected as the city flower, and adopted as the logo of the city's emblem, flag and coins. 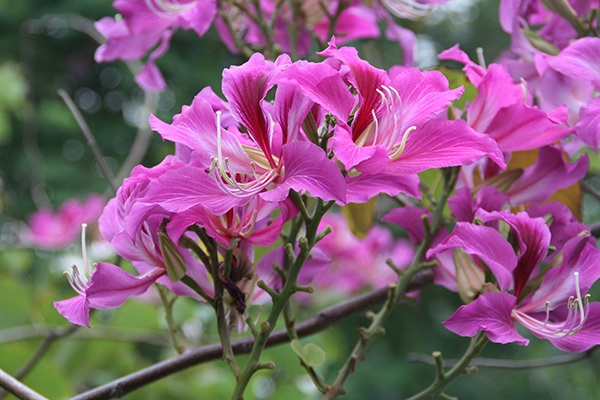